What you need to know about LED lights

Light-emitting diodes (LED) are a robust and popular alternative to traditional light sources such as incandescent lightbulbs, halogen lightbulbs and compact fluorescent lightbulbs. Below we have summarised the main differences between the various types of lighting that you ought to be aware of.

By comparison, an LED bulb converts around 80% of the energy into light. The result is a light source that uses 10 to 15 times less electricity to produce the same amount of light. A typical 7W LED bulb thus corresponds to a traditional 60W incandescent bulb in terms of brightness.

How long a LED bulb lasts depends on its quality and type, but lifespan typically ranges from 15,000 to 30,000 hours.

Choose the right fitting and voltage

If you are replacing traditional lightbulbs with LEDs, it is important that you choose an LED bulb with the correct fitting. Also make sure that the new lightbulb has the same voltage as the one it is replacing.

If you are thinking about replacing halogen lightbulbs with LEDs in downlights, it is important to be aware that downlights with LED bulbs will normally need a special LED dimmer. You will need an electrician to install or replace a dimmer.

Since LED lightbulbs are so energy efficient, they also release very little heat, making them less of a fire risk. If you have downlights with LED bulbs and replace them with traditional halogen lightbulbs, there is a risk that the heat protection in the installation is not configured for the heat generated by another type of lightbulb. You should therefore never replace LEDs with traditional lightbulbs in installations designed for LEDs. Contact an electrician if you want to replace these kinds of lights.

Traditional incandescent lightbulbs had a warm, golden glow. LEDs often have a harsher white colour. This is perfect for lighting in shops and other places where bright light is needed, but it is not as pleasant at home. Recent developments in LED technology mean that you can now choose between LEDs with different colour temperatures. Many people prefer a warmer LED for a more cosy feel at home.

LEDs with a colour temperature in the range 2700 to 3000 degrees Kelvin provide a warm light. Another parameter to consider is colour rendering – measured using the Ra index. Colour rendering is a measure of how faithfully a light source reproduces colours compared with natural lighting.

In some very special cases, light from LEDs can be harmful to the eye. This very sharp light is normally filtered away during production, but a faulty LED bulb may be too strong. It is therefore a good rule of thumb never to look directly at an LED light source.

LED light sources can emit electromagnetic noise that can interfere with DAB radios, remote control door openers, smart electricity meters (AMS), and other electrical systems. If you experience this kind of interference, try replacing the LED bulb, or increasing the distance between the light source and the affected electrical device, if possible.

Light-emitting diodes (LEDs) are electronic semiconductors that emit light when electricity runs through them. LEDs are used for a variety of different lighting purposes. LEDs are used in electrical circuits as status lights and to make lightbulbs: many LEDs are then assembled in a bulb with a fitting to make an LED lightbulb.

What the CE mark means 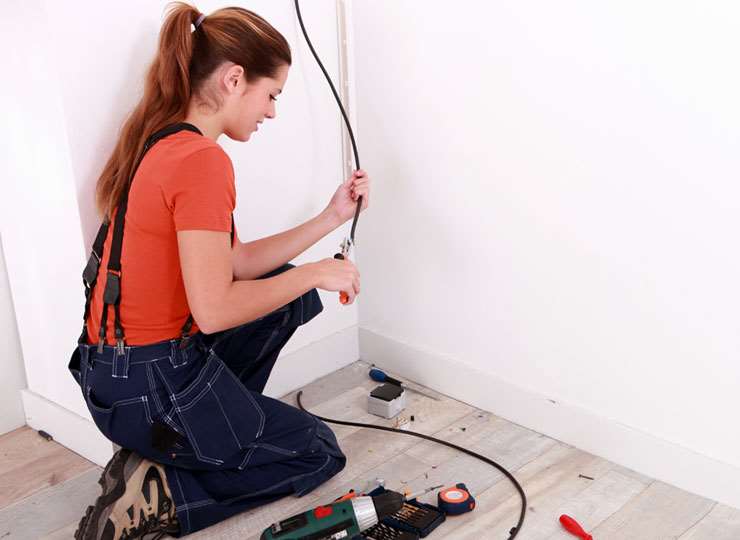